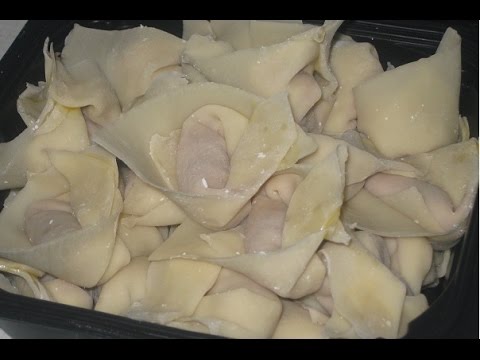 In order to have wontons to eat without going to the Chinese restaurant, here are what you need to do: buying ingredients, preparing the combination ingredients, wrapping the wontons and cooking them.

Cooking directions:
– There are at least 2 ways to cook wontons.

Dipping sauce:
Eating as a snack/snacks

The following video shows us how to wrap a wonton/wontons.  It’s very helpful if you haven’t know how to wrap it/them yet.

Written by VN Pham from FoodVannet.com.

1 thought on “How to Make Wontons”